Isn't this a cute box! 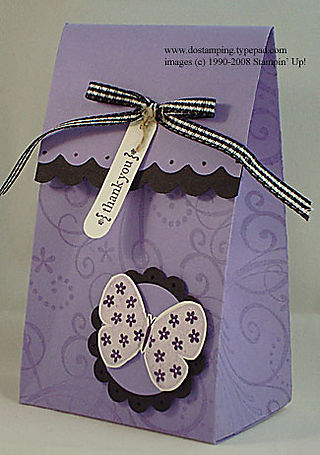 It's always a treat to travel Stampin' Up! style!  They do an excellent job of making you feel special.

Look at this beautiful travel wallet and lugguage tags that arrived yesterday.  This is for my all-inclusive trip to St. George Utah for Stampin' Up! Founder's Circle. 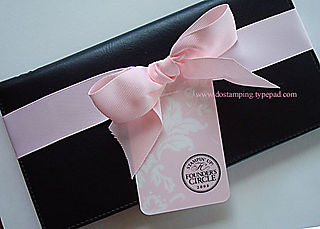 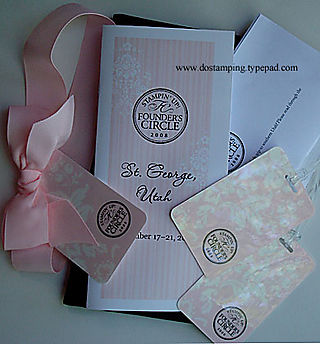 I know - you've all seen this picture before.  But I needed one more Convention Display Sample Scrapbook Page and I had just gotten back from the Stampin' Up! Bermuda Cruise with my Stampin' around Wheel picture.  So I just had to use it!  It came together pretty fast. 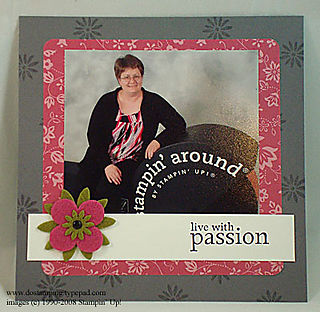 Hmm...let me set the scene.

So - you're going to your annual Stampin' Up! convention (it's your 5th one!)  It's awards night and you've just received an unexpected, but awesome award (demonstrator of the year #41) and you're flying high.  What could top that?!

Well - Shelli gets up to announce the entertainment for the night.  She starts to describe the group who's about to take the stage and I look at my convention buddy  Laurie and say, "I think I know who she is talking about".  Next thing I know, my favorite MN State Fair a cappella group is on the stage!  I went wild - to say the least. 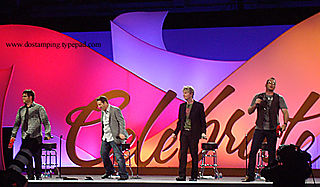 They were awesome and I'm sure they made some new fans that night!

My husband and I have watched them "grow-up" at the MN State Fair for several years now.  We have several of the CD's and have gone to many of their local performances in Hopkins and Buffalo, MN.  If you want to see them in person (which I highly recommend) - they are at the MN State Fair today and tomorrow, check the schedule here: MN STATE FAIR BANDSHELL SCHEDULE

Can't make it to the fair?  Check out their website for schedule and CD's! 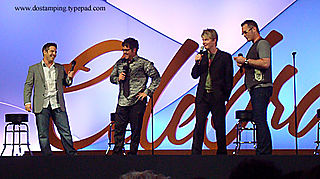 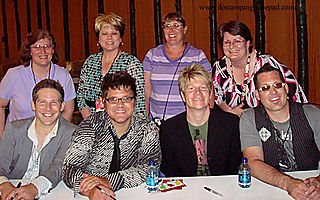 They were the best to put up with us Stampin' Up! people.  The line was long for their autographs and pictures.  This is a group shot with my roommates. 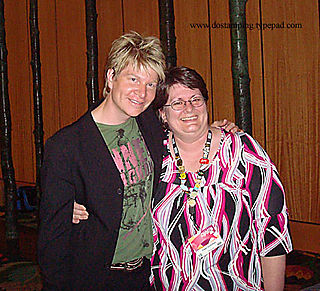 Just me and Shaun!

Thanks Stampin' Up! and Tonic Sol-fa for the best awards night entertainment ever!!!

Flight of the Butterfly - Window

Boy - I wish I had the Scallop Border punch when I made this Flight of the Butterfly Convention Display Sample.   I made it the "old fashion" way using the corner rounder punch to create the scallop border.  Then stamped all of the little flowers in each of the scallops. Then came back through, dotting the flower centers with a Basic Black marker.

The Butterfly was stamped on vellum, added glitter on the backside, then cut out. 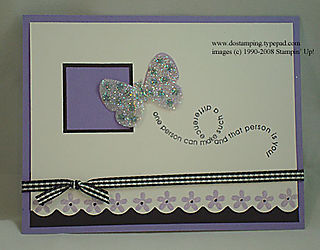 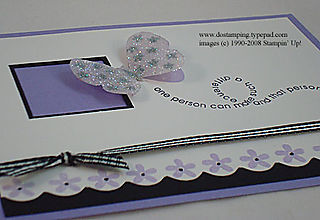 Here's a cute little gift box made for the Stampin' Up Convention "Inspired by Nature" Display. 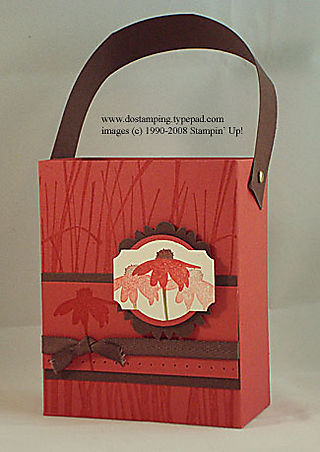 This was the very first card I made for my Stampin' Up! Convention Display Samples for Inspired By Nature.  I love the color-blocking, which is very popular right now. 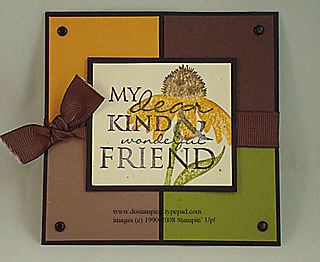 Flight of the Butterfly - Gift Set

This Gift Set was so much fun to create.  Not only does it feature the new "Flight of the Buttefly" stamp set, but also features several Pretties Kit items.  I love the Pretties Kit! 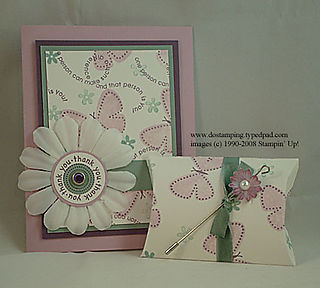 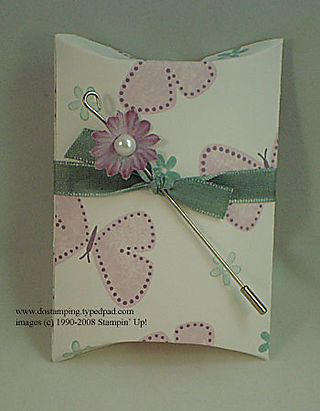 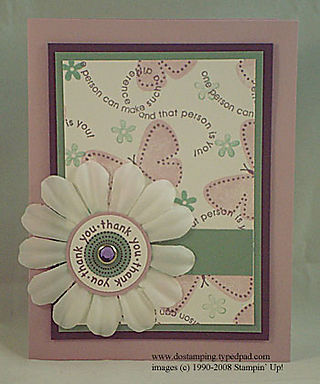